DONATE
DONATE
Shelter is more than a roof on one’s head: Building a toilet in Gauri ben’s home 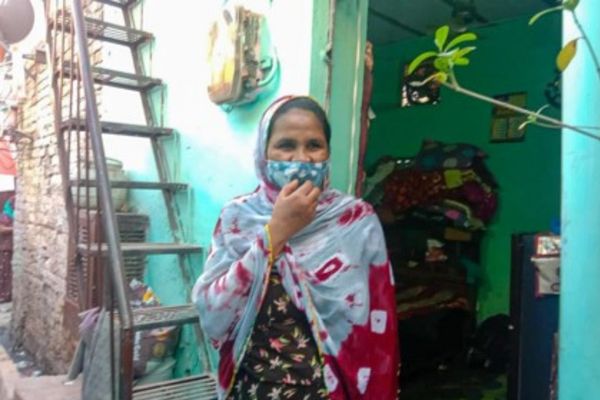 Shelter is more than a roof on one’s head: Building a toilet in Gauri ben’s home

> What We Do > Urban Land Rights

Is shelter just about a roof on one’s head or is it more than that? Living and growing up in a slum in Raghbuir Nagar, Delhi, Gauri ben, a domestic worker has coped with cramped rooms and a makeshift roof that often leaked during rains. Although she made efforts to fix these problems, she was unable to assuage the fear she felt when accessing the community toilet, especially at later hours of the night. Gauri ben took a series of loans from SEWA’s Delhi Credit Cooperative between 2015 and 2021. The case study elaborates on the incremental processes followed by Gauri ben as she constructed a pucca roof, and added an individual toilet to her home. The house supported Gauri ben and her children, granting them a higher quality of living, and eventually helping them move to a better neighbourhood. Her incrementally built home in the slum now renders a greater rental income with the additions she made.