Ankita Upreti Sibal has been associated with Self Employed Women’s Association (SEWA) for the past 11 years. She currently serves as the Vice president of SEWA Bharat. She has been instrumental in building SEWA Delhi Union and taking forward all the union activities as the General Secretary of SEWA Delhi Union. Her current scope of work involves making SEWA Delhi autonomous; suggesting inputs on various implementations, legal issues and other compliance matters as the Advisory to DEWA Delhi Trust. Besides these roles, Ankita Ben is also a member of the SEWA Bharat Core, the Delhi Minimum Wages Advisory Committee and Construction Workers Advisory Board. 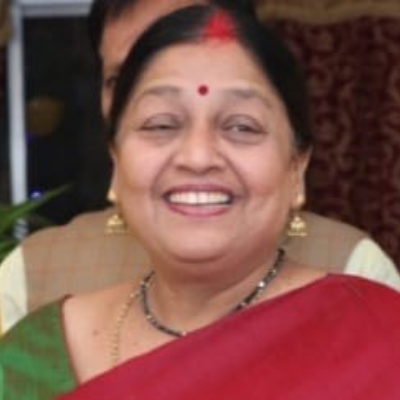 Madhuri Sinha has been working with SEWA since 1995 and is presently the Vice President of SEWA Bharat. Additionally, she serves as the Secretary of SEWA Bhagalpur, General Secretary of SEWA Bihar and is a member of SEWA National Council. Madhuri Ben has also been associated with projects run by the Ministry of Environment, Forest and Climate Change under Govt. of India, CORDAID project, organizing Silk Weavers for silk work in Bhagalpur. 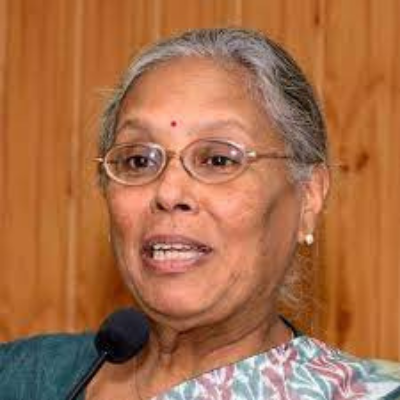 Nalini Nayak has been working with SEWA since 1985. She is one of the founding members of SEWA Kerala, the International Collective in support of Fishworkers (ICSF), and Protsahan Trivandrum- a union of workers in the fishing industry. She also founded SEWA’s domestic workers’ collective. Presently, she is the General Secretary of SEWA Bharat where she oversees the work among domestic workers and the members responsible for the Aagevan Vikas programme. Nalini ben is also responsible for coordinating the National Platform of Domestic Workers as a SEWA representative and a Trustee of the ICSF India Trust. A good part of her career involves working with coastal communities and addressing their issues for over three decades where she has been at the forefront of demanding workers’ rights. Nalini Ben is an Ashoka Fellow (1989) and has served on a number of Indian and International committees. Her recent publications include, “The impact of Development on Coastal Population Dynamics and Ecosystem changes” (2006), “The Coasts, the Fish Resources and the Fishworkers Movement” (2006), “Conversations: A trialogue on power, intervention and organization in fisheries” (2002), and “Transition or Transformation: Mobilisation and Consciousness Processes in Fishing Communities in Kerala: Department of Social Analysis, Study on the West Coast of India” (2002). Renana Jhabvala has been working with SEWA since 1977. Since then, she has served a number roles within the national federation, including overseeing the movement’s expansion and diversification. Renana Ben is also one of the founding members of WIEGO, HomeNet South Asia, and has served on a number of public committees and task forces. Currently, Renana ben also serves as the Chair of the WIEGO board, Chair of the SEWA Bank, Executive Trustee of Mahila Housing Trust, and serves on the United Nations High Level Panel on Women’s Economic Empowerment. She is the recipient of several awards, including, the Padma Shri Award (1990), Lifetime Achievement Award from FICCI (2017), and Outstanding Work in Social Service from the Vineet Gupta Memorial Trust. Her most recent publications include Basic Income: A Transformative Policy for India, co-edited by Sarath Davala, Soumya Kapoor Mehta & Guy Standing, Bloomsbury Publication (2015); The Idea of Work, which she co-authored with Ela Bhatt, indian Academy of Self Employed Women (2012); Social Income and Insecurity: A Study in Gujarat, which she co-authored with Guy Standing, Jeemol Unni and Uma Rani (2010); and Empowering Women in an Insecure World: Joining SEWA Makes a Difference, co-authored with Sapna Desai and Jignasa Dave (2010). 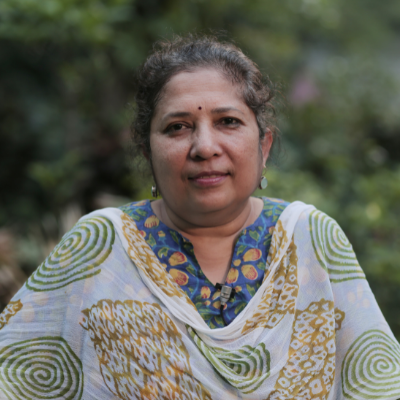 Sanchita Mitra has been working with the Self-Employed Women’s Association (SEWA) since 2005. Since then, she has taken up the responsibility of strengthening the community-led microfinance programme in the states of Delhi, Bihar, Uttarakhand, Rajasthan, UP and West Bengal, led the Financial Inclusion program in Uttarakhand, and set up an ethical model of global supply chain with informal home-based workers. She has been instrumental in setting up two microfinance cooperative societies in Delhi and Bihar. Currently, she is the National Coordinator at SEWA Bharat and directly oversees the development of new SEWA institutions in eight states. She actively works towards strengthening the SEWA movement through integration of the programs and structures at the national level. A key part of her work involves strengthening SEWA Bharat’s network with domestic and international donors. She gives advisory support to the social enterprises in SEWA Bharat and mentors the working team at various levels within the office and at the field. 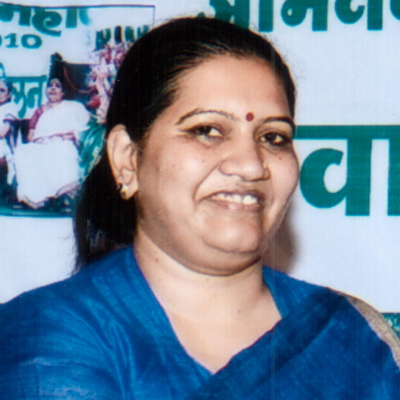 Shikha Joshi has been working with SEWA since 1995. Since then, she has served several positions within SEWA MP, including its State Coordinator. Currently, Shikha Ben is the Secretary of SEWA Bharat’s board, General Secretary for SEWA MP, President of SEWA MP’s Microfinance Cooperative. Additionally, she is a member of the Labour Department of Madhya Pradesh’s Steering Committee, former Secretary of the National Association of Street Vendors, India (NASVI), the International Secretary of StreetNet, Member of IUF (International Union of Food and Health), and a member of Asia-Pacific Regional Committee of IUF. She has been representing the issues of informal women workers at the national and international forums for the last two decades.