In Jharkhand, more than 80% of the labor force is in the unorganized sector such as agricultural wage labor, construction labor or domestic workers.

Women in agriculture are primarily involved in pre-production and production activities and less involved in post-harvest activities such as accessing markets and controlling cash income. They also lack ownership and control of productive resources such as land and irrigation, access to skills training and advisory services. Several of these women workers do not have any health insurance, suffer indebtedness due to medical treatments and do not have any form of identification such as job cards.

SEWA Bharat started its work in Jharkhand in mid-2016 when it began to organize informal women workers in Ranchi and Hazaribagh across the trade groups of agricultural workers, construction workers and domestic workers. It is currently also trying to reach out to the street vendors who reside in rural areas around Ranchi.

SEWA Bharat’s interventions in Jharkhand are designed to build the leadership capacity of the grassroots women, improve their collectivization, support trade-specific capacity building and build greater engagement with health through various training sessions.

In agriculture, women are involved in production and harvest activities

Women workers do not have access health insurance, and suffer indebtedness due to medical treatments 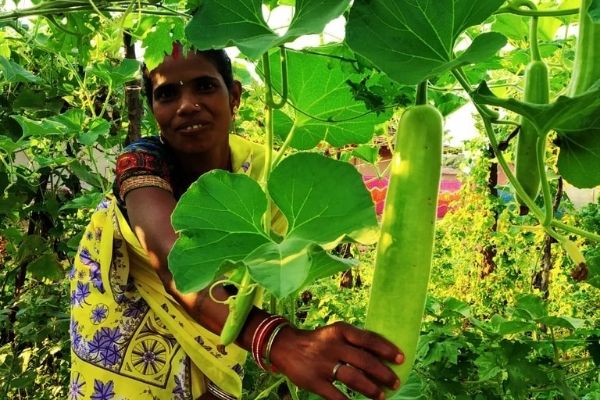 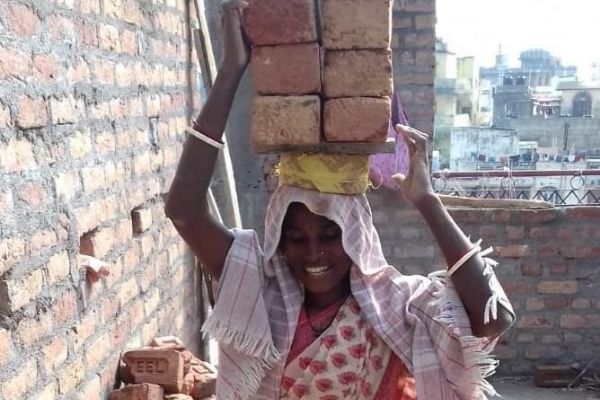 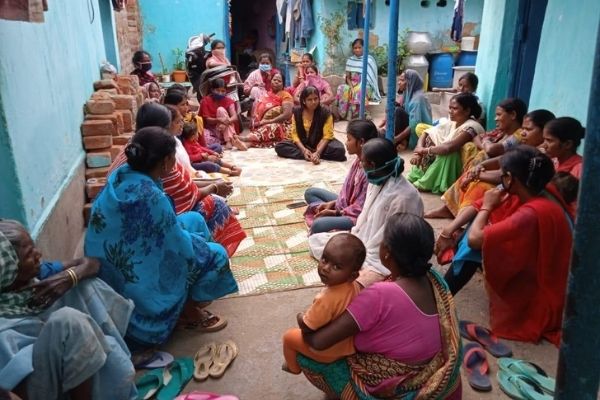 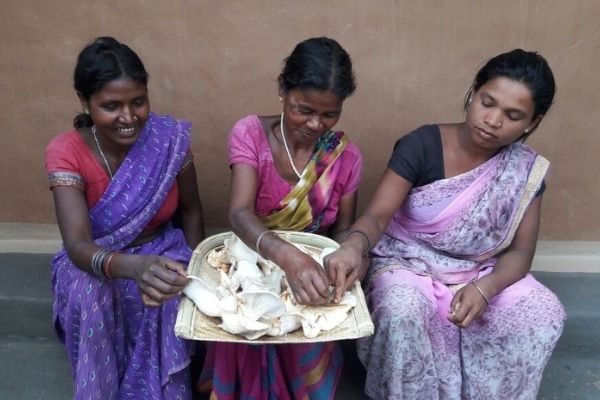 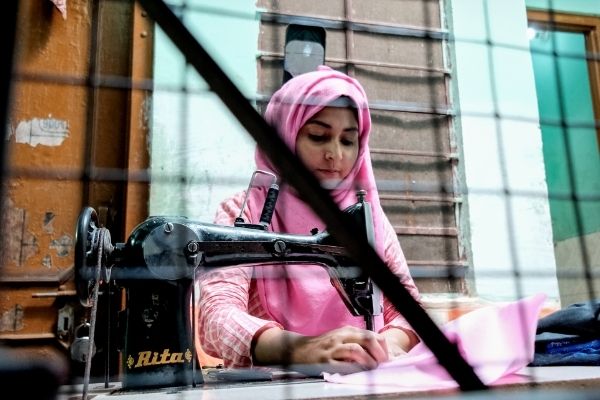 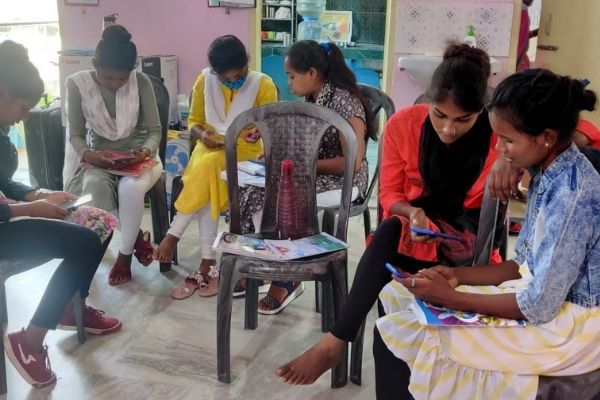 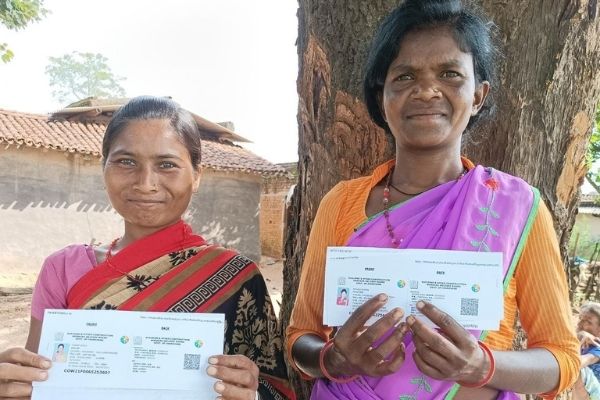 The Labour Department in the State has a separate board for the construction workers known as Building and Other Construction Workers Board (BoCW) that is responsible for regulating their employment and working conditions along with providing for their safety and welfare measures.

However, very few members of this trade group, especially women, are aware of this board and avail social security benefits. SEWA Jharkhand has been organizing construction workers and registering them under BoCW and the Unorganised Workers Board in close coordination with the Labour Department to address the technical challenges faced during the registration. So far, SEWA Bharat in Jharkhand has enabled over 1200 construction workers to enroll themselves under this board, more than 400 members have received a pair of clothes under the Poshaak Yojna and nearly 100 members have received funds to purchase safety kits and tool kits. 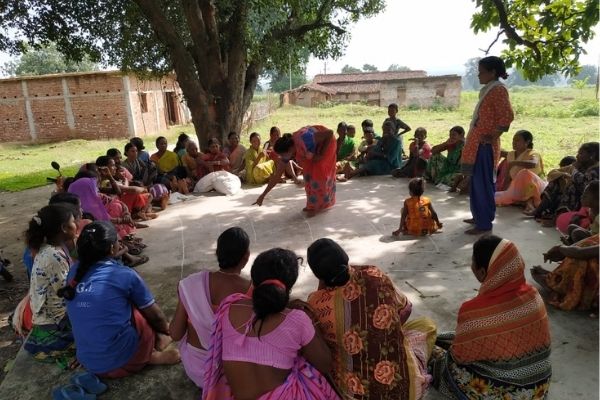 Mahila Arogya Samiti (MAS) is a community-based federal group of 50-100 households in urban areas that are responsible for promoting health, hygiene and behavioral change through collective action.

SEWA Bharat in Jharkhand has actively supported the work with the State Health Department to receive the necessary permission in setting up MASs in Ranchi. Currently, 7 such MASs have been set up and support has been provided to them in opening their respective bank accounts. Hand-holding is also being provided to support the MASs in utilizing their funds for offering health service facilities to the community, thus acting as a bridge between the MAS members and the State Health Department. 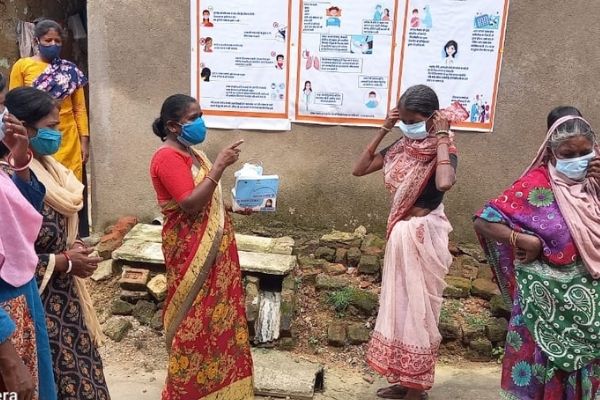 The villages in Hazaribagh are scattered, making it difficult for women to travel with their children to Anganwadi Centres (AWCs).

This led to the absence of routine immunization for the children and skipping of antenatal and postnatal check-ups for women. To address this issue, SEWA Bharat mobilizers assist the women and their children to visit the AWCs. The local team worked towards setting up an AWC in Misir Gonda village in Ranchi and also identified the women who could become AWS Sewika and Sahayikas for that centre. SEWA Jharkhand has been actively working with the ANMs and Anganwadi workers by holding awareness sessions with members on the importance of timely immunization and vaccination of newborns, antenatal and postnatal care of mothers. So far, over 5000 SEWA members have been part of similar sessions where they have received awareness on Sanitation & Personal Hygiene, Mensuration Management, Financial Literacy, and Legal awareness on women safety, Violence, and Harassment at the workplace. 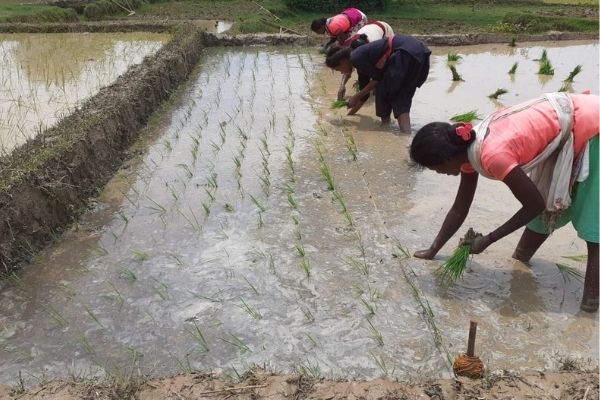 Most of the agricultural workers in Hazaribagh own less than 1 acre of land, which is mostly barren or covered with forests, and engage in subsistence farming meant for self-consumption.

SEWA Bharat has been working with women agricultural workers and training them to adopt SRI farming techniques to increase farm yields. Over the last three years, the adoption of systematic cultivation patterns and using SRI techniques in growing rice, maize, mustard and red gram crops have resulted in greater quantity and quality of outputs. Recently, SEWA Bharat has started engaging adolescent girls to engage in digital data collection across both districts of Jharkhand. These young girls are trained to use digital tools such as mobile phones and tablets to collect data from the ground on a digital data collection application; KoBoToolbox.