Community Leaders and Agents of Change

Since its founding, SEWA has relied on a decentralized model to bring together women workers and address their needs. The cornerstones of this decentralized model are grassroots leaders called Aagewans.The term aagewan is derived from Gujarati, and is a portmanteau of the phrase “aage aane waali ben” (the sister who came forward), and essentially describes women who volunteer to represent and lead their communities. A leader among their peers, aagewans share the same precarious conditions as the women they represent. These women however take on the mantle of leadership and self-select into positions of responsibility for their communities, stepping forward to carry on the work that their communities need, and become advocates and grassroots champions for the women around them, and by extension the entire community. 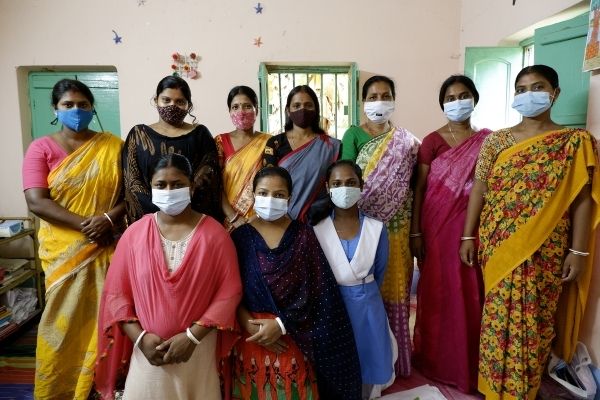 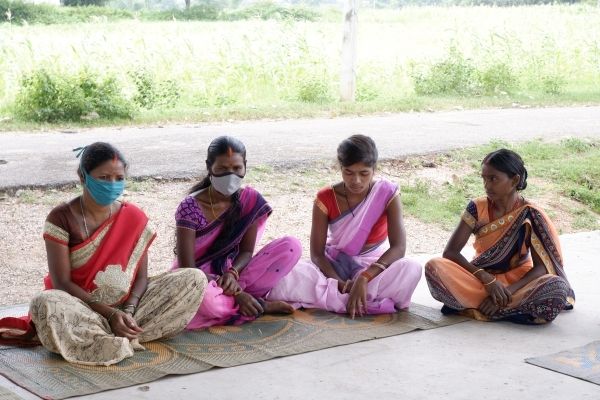 The Aagewan Vikas program works with new leaders to train them in leadership and facilitation, rooted in the SEWA ideology. 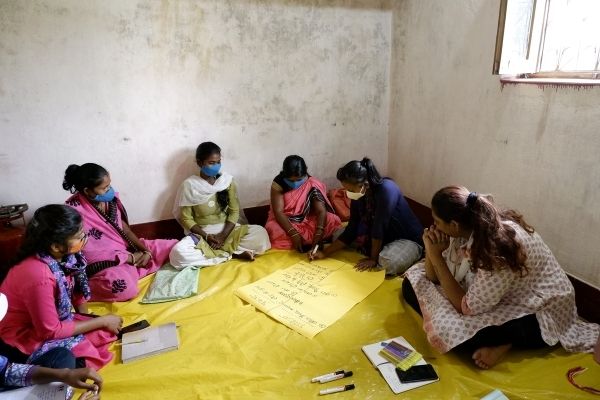 Leaders affiliated with collective enterprises and clusters of microentrepreneurs all undergo entrepreneurial training as well as governance training.

News to the Rescue

Many families in Purnadih, Hazaribagh cook their meals using LPG cylinders, but, during the lockdown the fund crunch made itself felt. SEWA members shared this problem about the inability to buy gas with their aagewan, Dewanti Devi.

The last week of June 2020 saw more and more migrant workers return to their villages from red zone cities. They were all assigned to quarantine centres for 14 days. Many wouldn’t abide, and were found roaming in their villages.

Batulben from Sanjay Nagar Basti in Rajasthan had attended school until the 8th grade. To support her family financially, Batulben had joined SEWA for training in Lac craft and stitching, and soon became a trainer for these skills. She was also determined to complete her education and with the support of her family, was pursuing her 10th grade studies from an open school.

A resident of Samaspur village in Uttarakhand, Sheelaben is one if the oldest aagewans in SEWA, and one whose energy is difficult to match. She had moved to Dehradun with her husband as a young bride, and to support their family of 7, she learned stitching, estimating her measurements as she had never received a primary education. She joined SEWA in 2012, and became an aagewan soon after.