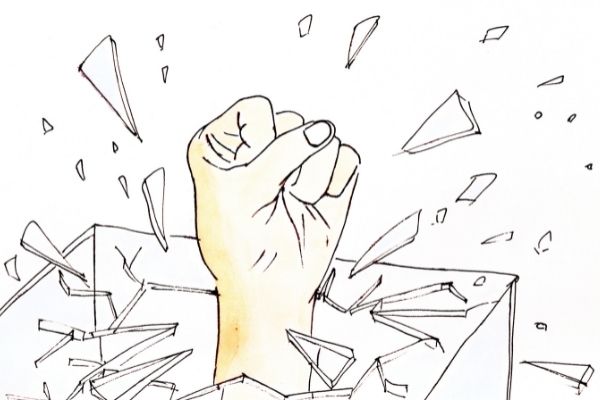 Kripa ben was married off at an early age in a conservative family. She stays with her in-laws, husband, and a five-year-old daughter in a rented house on the outskirts of Farukh Nagar, Haryana. As the norms didn’t allow Kripa ben to work outside the home, the entire family was financially dependent on her husband’s earnings, who worked as a driver. The SEWA Bharat Haryana team came across this situation in one of the surveys and realized- the need for intervention. Kripa ben was too shy and inexperienced to answer the questions in the survey. The team understood the need for counseling to take Kripa ben and her family out of this situation. After constant efforts and counseling sessions, the team was successful in convincing her to join the training program. After that hurdle, was crossed, Kripa ben had to face the rage of the neighbors and relatives who were not ready to see a woman become financially independent. However, her in-laws and her husband supported her to attend the training, and she persisted. Gradually, Kripa ben began participating in various activities, sessions, camps, mock interviews that helped her gain confidence and speak in front of a larger audience. These activities helped her overcome shyness and be more confident while speaking. With the help of the SEWA Bharat Haryana team, Kripa ben has secured a job as a salesgirl at Vishal Mega Mart. Kripa ben is financially independent now, contributing to her family and building a secured future for her daughter.