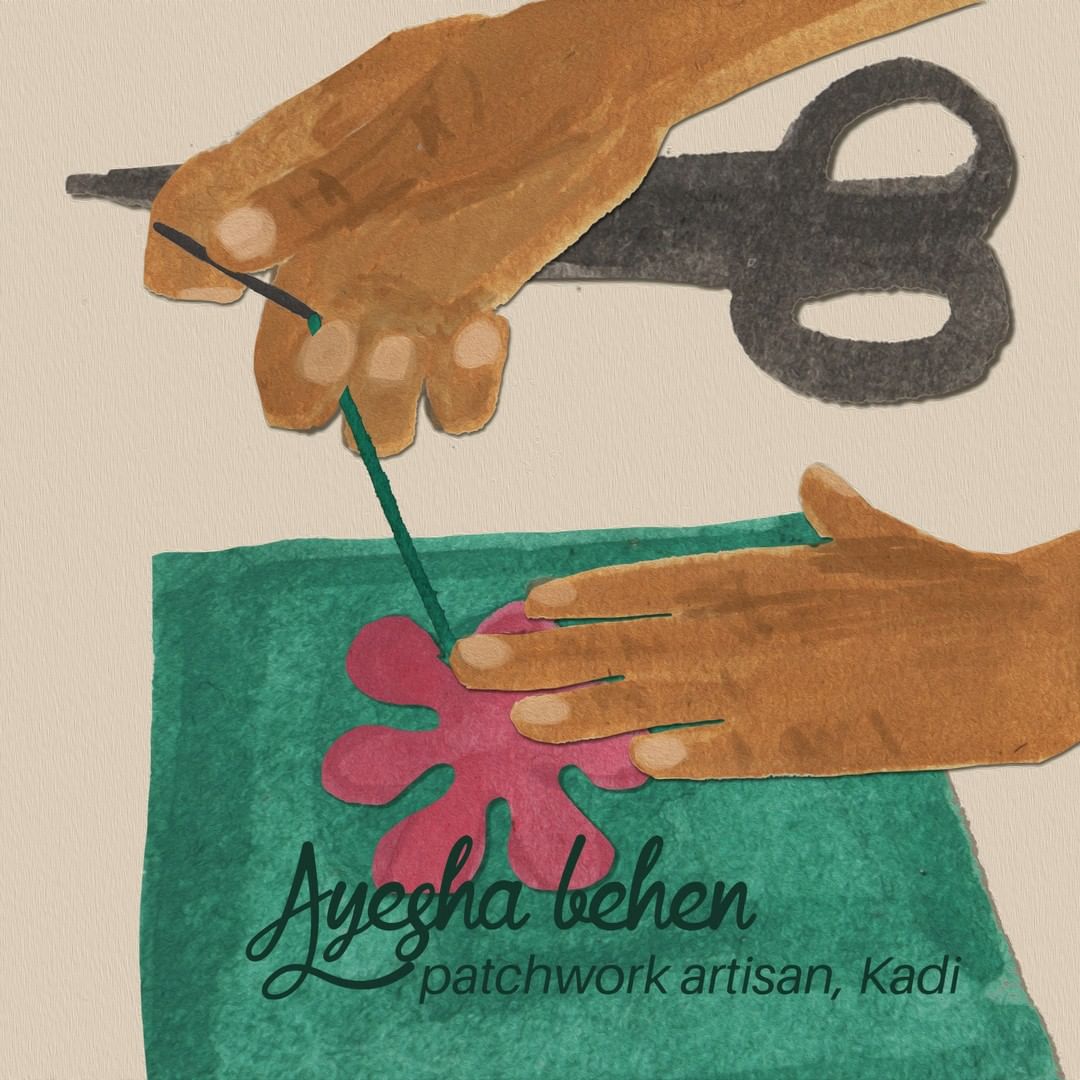 > What We Do > Microentrepreneurship

Ayesha behen, 52, is a patchwork artisan from Kadi district, in Mehsana, Gujarat.

She started perfecting her craft at a young age when she became a member of the local handicrafts cooperative. There, she learned patchwork, stitching, embroidery, and crochet under the mentorship of an aagewan, also named Ayesha behen.“From stitching a small flower on a handkerchief I had advanced to the stage of crafting carpets.”

But at the age of 17, Ayesha behen got married into a conservative family. Her in-laws did not support her stepping out for work. Her husband worked abroad, and Ayesha behen had never even seen the local bus stop! The handicrafts cooperative also shut shop around the same time, confining her to her home.A few years later, her husband lost his job and the family’s financial condition began weakening. That is when Ayesha behen decided to give her ambitions another chance.

Between 2005-2007 she took training from SEWA in Leadership, Entrepreneurship, Basic English, Computer Skills, besides other nuances of her craft. She worked on a project with SEWA Federation and SEWA Academy for over five years. Today, Ayesha behen is a Master Trainer who has taught over 1200 women, including students from premium design colleges such as NID and NIFT. She employs about 200 women. From not knowing how to take a bus to now traveling across the country for workshops, her journey has been truly inspiring.